Whitestone Gallery Hong Kong is pleased to present 002 Ryotaro Muramatsu / NAKED, the first
solo exhibition in Hong Kong of artist Ryotaro Muramatsu, CEO of the Tokyo-based creative company NAKED Inc. Featuring six new series of works, including interactive multimedia pieces and projection mapping, this is Whitestone Gallery’s second solo presentation of artist’s work following a 2018 solo show in Tokyo titled 001.
In this new work, Muramatsu explores the potential of cutting-edge digital technology as a medium, incorporating elements of his philosophy on nature, beauty, and life in a poetic and meditative way. Ambiguity is referenced multiple times in the 002, alluding to the blurred line between ‘beginning’ and ‘end,’ or ‘existence’ and ‘non-existence’. Ultimately this evokes a circle of life in a mysterious yet harmonious way. This concept is evident in “HAZAMA -A Space Between-”, an interactive piece capturing the movement of powerful waves crashing explosively on a shore. The artist explains ‘The shore is a borderline where two worlds meet with a constant ebb and flow of energy. … Life colorfully blossoms and vanishes at this ambiguous borderline.’ In this piece, the artist places viewers into the position of the moon. Like the moon’s gravitational pull generates tidal force, when viewers approach the work, the tide starts to rise and becomes a vigorous wave.
Even though technology is a key element in visualizing, and augmenting his expression in these works, Muramatsu achieves
subtle balance between concept and technology so the later doesn’t overwhelm the artwork. For example, he uses traditional and natural elements like Arita Ceramics (AKARI series works, 2019), real tree branches (CHILL, 2019), or collaborates with the leaders of traditional Japanese culture to express his aesthetics without being overshadowed by technology. Thus, his practice also evolves and blurs the line between technology and art.

Ryotaro Muramatsu / NAKED
Since founding the creative company NAKED Inc. in 1997, the Tokyo based artist has led projects in various fields such as film, television, music videos, advertisements, and spatial presentation. The films he directed have received more than 48
nominations and awards at film festivals around the world. In recent years he has produced immersive art events including
“FLOWERS BY NAKED” and “TOKYO ART CITY BY NAKED”, along with events, installations, and live performances in collaboration with leaders of traditional Japanese culture. While teaching as a visiting professor at Osaka University of Arts, he also leads local revitalization events and cultural programs in communities around Japan, starting with Achi Village, Nagano where he is branding director. 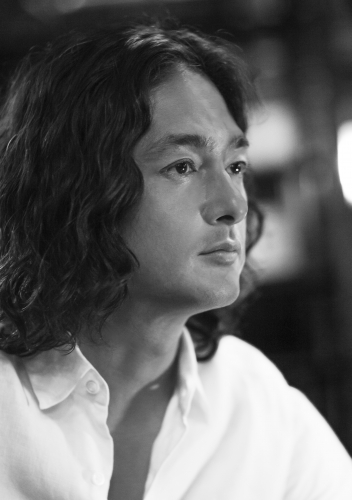