Singapore, 30 October 2019 – The hospitality industry has evolved significantly in the past decade with more women assuming leadership roles across the globe. As the only hospitality group invited as a founding member of the United Nations’ HeForShe movement, Accor has set concrete objectives to foster diversity and equality in the workplace, as well as equal pay.

The group is committed to having at least 35% women General Managers in its hotels by the end of 2020, with a longer-term goal of 50%. To date, out of 300,000 employees worldwide, 42% Heads of Department and 29% General Managers are female. In Asia Pacific, across its 1,150 hotels and resorts, the total female heads continues to grow, currently at 25%, up by 4 points compared to previous year. With regards to equal pay, the group has targeted this for France, Spain, Brazil and Australia by 2020, with a longer-term goal to achieve equality across the entire organisation.

“While we can commit to equality and parity as an organisation, sometimes change is slower than we would like due to cultural norms in some countries where women still face greater challenges,” said Christine Rumble, Chief Talent & Culture Officer Accor Asia Pacific. “We need all of society to recognise the enormous benefits when women are offered the same opportunities as men.”

Accor recognises and celebrates extraordinary female talent through an international network called RiiSE. Open to both women and men, RiiSE promotes diversity and focuses on empowering both genders through a mentoring programme with 900 pairs around the world.  In addition, RiiSE strives to combat stereotypes, everyday sexism and sexual harassment.

While the women leaders of Accor have taken different paths to success, their passion for the industry, a penchant for hard work and an entrepreneurial approach unite them beyond their achievements in a male-dominated field. From Indonesia to New Zealand, we showcase five amazing women and the difference they are making in the hospitality industry. 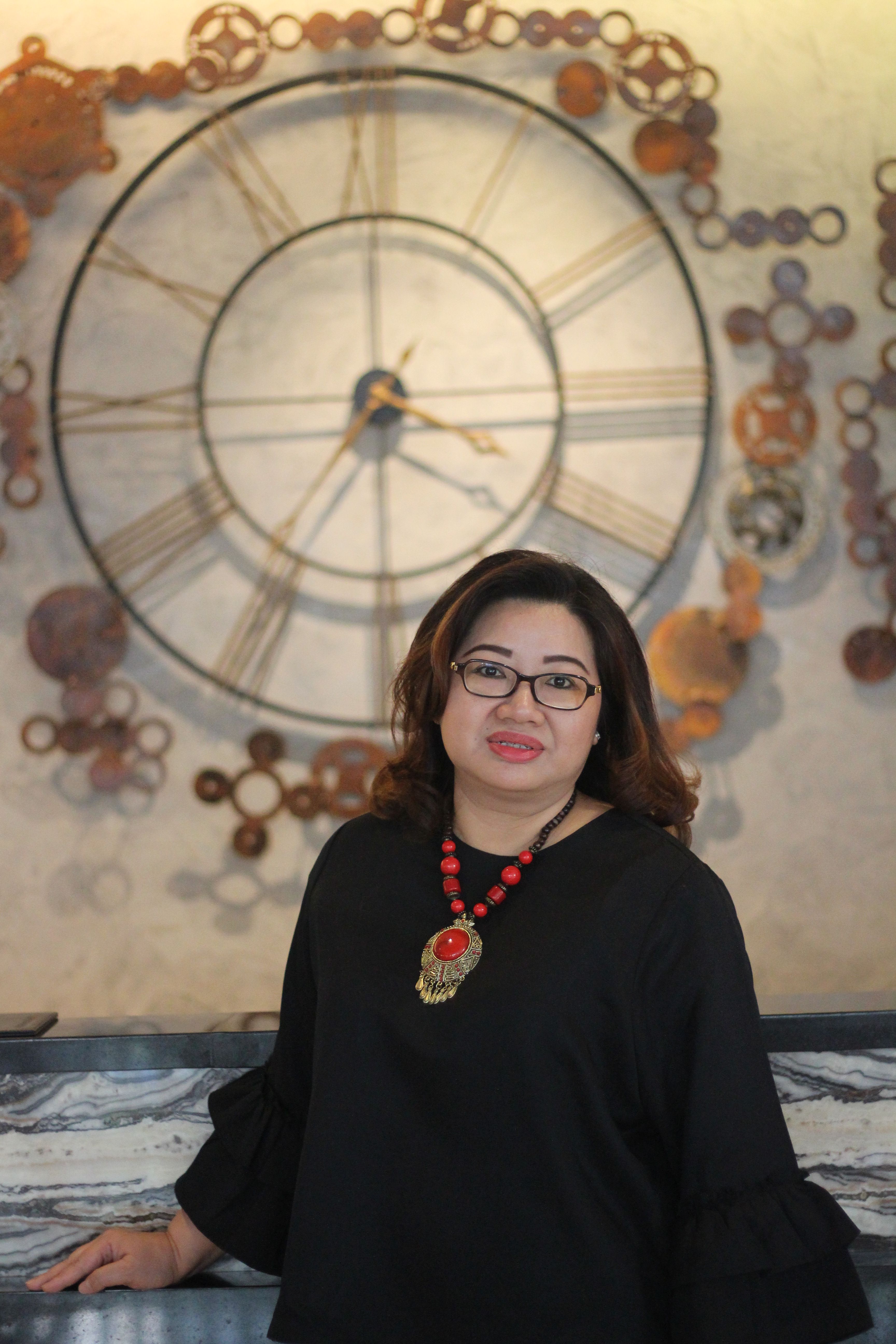 Having been with Accor since 2004, Lisa treasures the opportunities to develop her career and confidence for her in-depth involvement within the region.  Having started in Sales & Marketing, Lisa then applied for a position in Accor’s National Management Trainee programme and International Hospitality Management Programme which fast-tracks employees into General Manager positions.

In addition to her General Manager duties, Lisa is also the chairperson of A Trust For a Child, an Accor Indonesia initiative that takes care of children from disadvantaged backgrounds, developing them and paying for their school tuition from an early age through to high school or even university.  Through the programme, three beneficiaries have graduated from university and one of them is now a doctor.

Currently leading an eventful and fulfilling career, Lisa believes that there is no barrier for women in Accor Indonesia.  She encourages women to look beyond the old paradigm of ‘’I am not as good as a man’’ and hold onto their passion and dreams while seeking support from their wider teams. 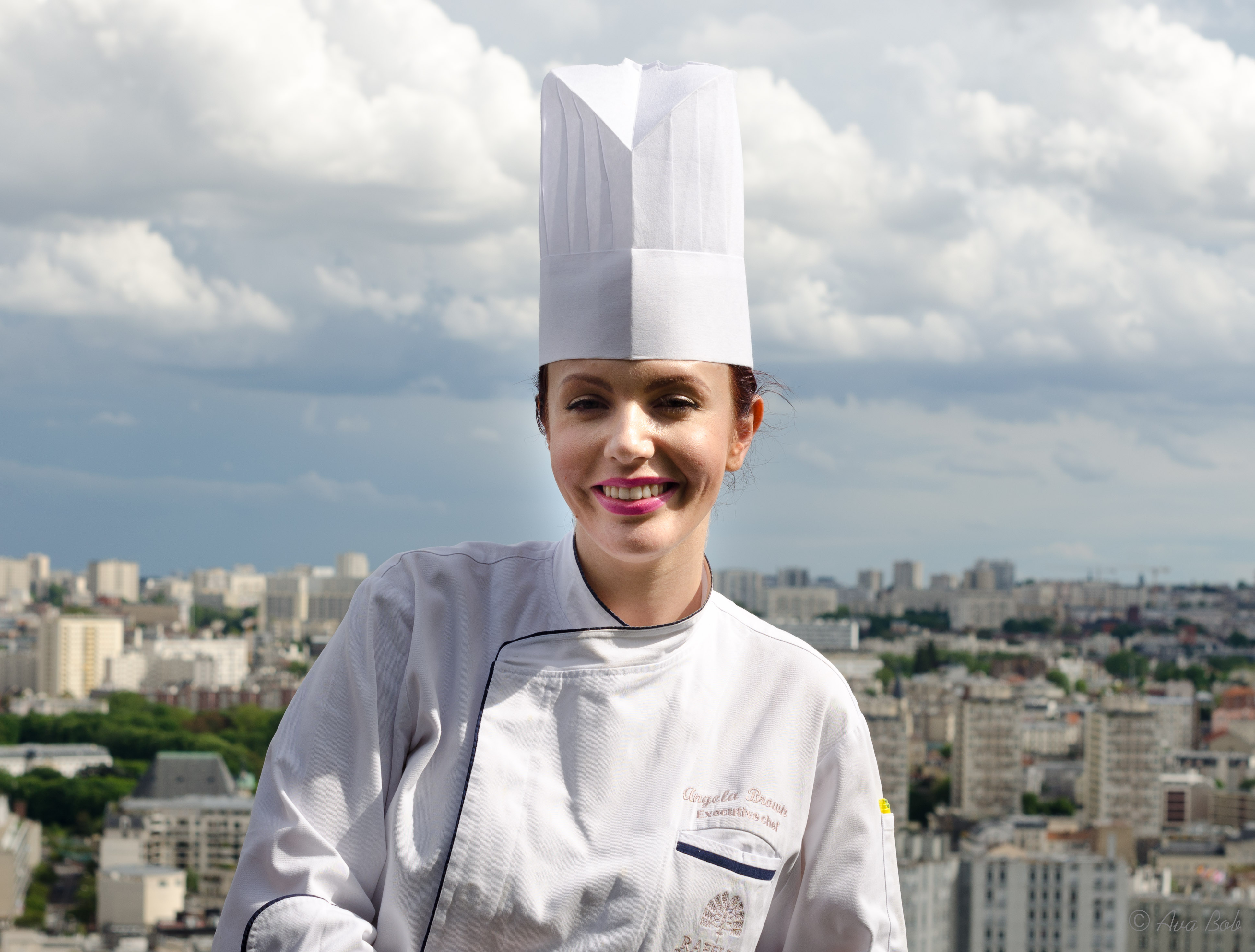 From her junior days at Sofitel Gold Coast as a Commis Chef ten years ago to her current role as Executive Chef at Raffles Grand Hotel d’Angkor, Angela enjoyed numerous opportunities in Accor.  From Australia, Angela was promoted to Sous Chef in Sofitel London St James followed by SO Sofitel Bangkok before moving to Cambodia.

In a male-dominated culinary world, Angela was offered the chance to be the first chef from Asia to showcase her talents at The Bird Restaurant located within the Accor’s head office in Paris. The cross-cultural experience has taught her how to work smartly, delegate tasks to the kitchen brigade and familiarize herself with various work cultures quickly.

Being an F&B champion in Accor, Angela believes in giving back to the local community.  The Raffles Grand Hotel d’Angkor gives away leftover pastries to SOS Children's Villages of Cambodia on a daily basis and supports underprivileged children. 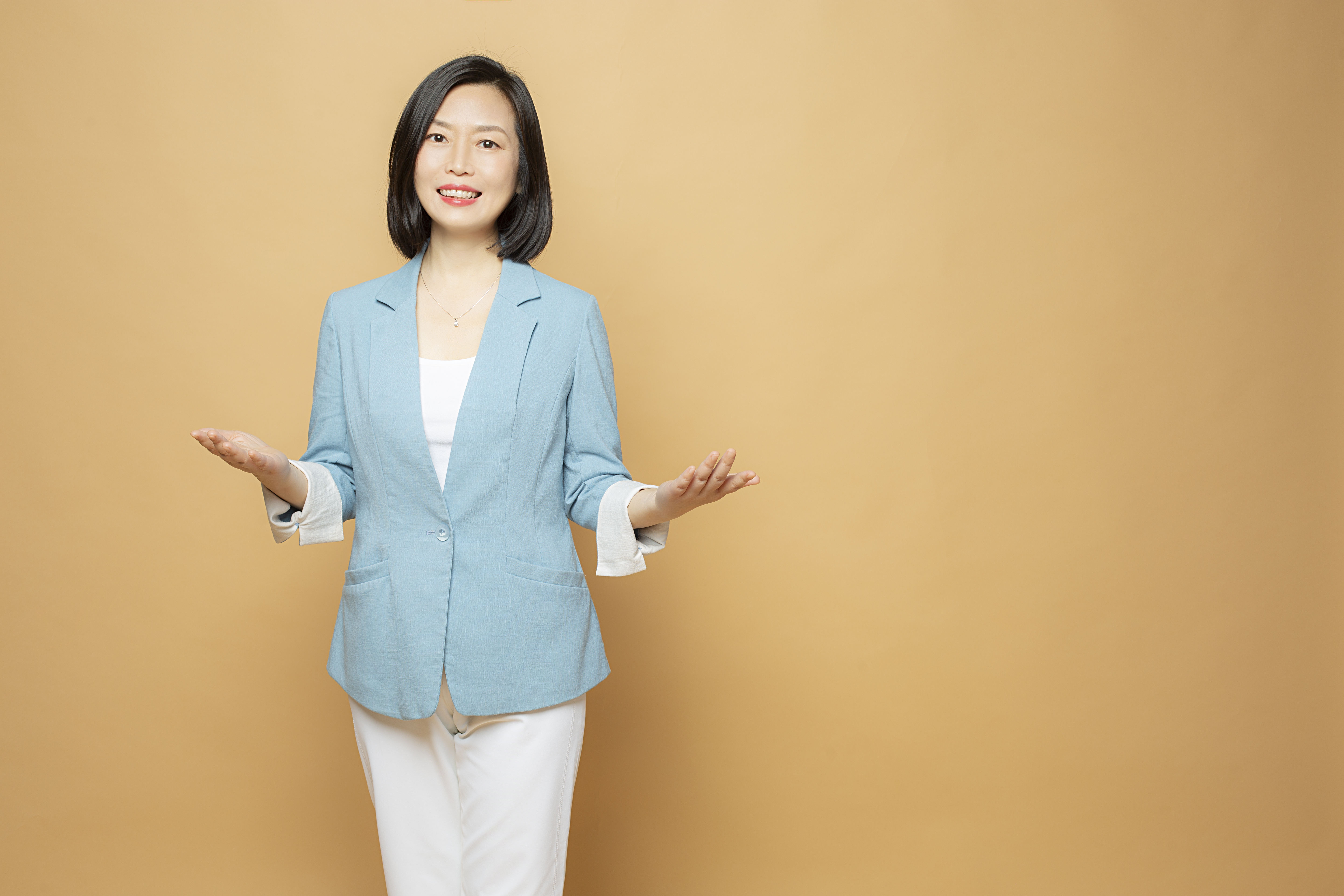 The first female Pullman General Manager in Greater China, Lucy began her career with Accor in 1999. Having worked with eight General Managers who encouraged her to take on bigger roles through the years, Lucy chose to focus on her family and little daughter at that time. As her daughter headed overseas for her studies, Lucy decided to further her career with immense support from Accor Greater China.

After being chosen for the Leadership in Motion programme in 2017, Lucy believes that it was a pivotal point in her career.  She learnt about leadership through sharing experiences with her colleagues across Asia Pacific and went through mentoring and training to prepare her as a female GM. There are now four female GMs in Pullman Greater China and Lucy looks forward to welcoming more women to her growing network of female GMs. 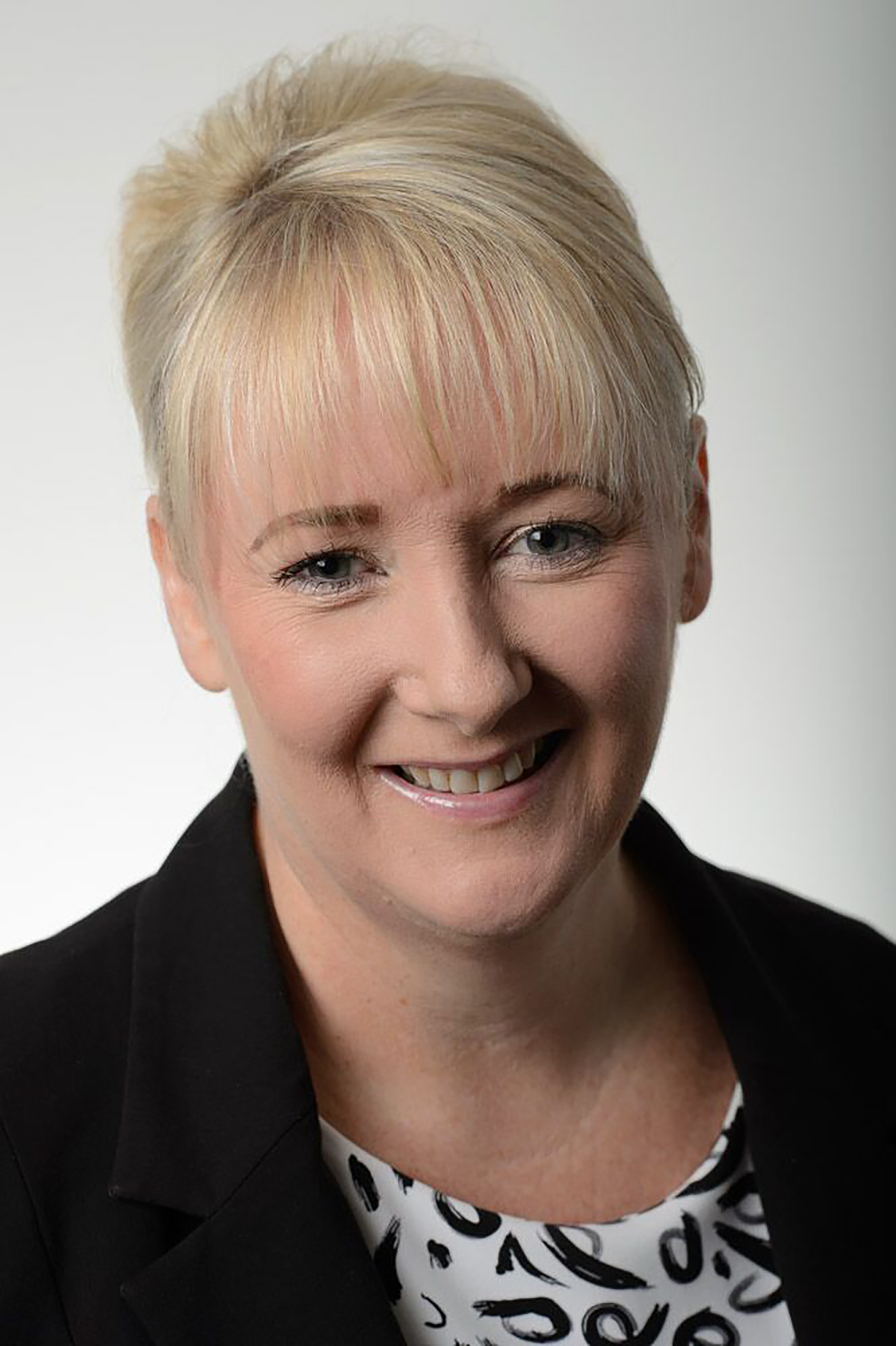 As Senior Vice President of Operations at Accor New Zealand, Fiji & French Polynesia, Gillian is responsible for 3,000 staff and 50 hotels in the region.  After almost eight years with Accor, Gillian is grateful for the opportunity to sit at the table as part of Accor’s Asia Pacific Executive Committee, contributing to the hospitality giant’s overall strategy and vision.

She believes that her success is not of her effort alone but through the combined successes of her teams, her hotels and her regions. Motivated and inspired by their personal and commercial growth, Gillian attributes the region’s accomplishments to Accor’s commitment to autonomy and understanding of the need for diverse thought. She encourages all women to be brave and grab any opportunity given to them. 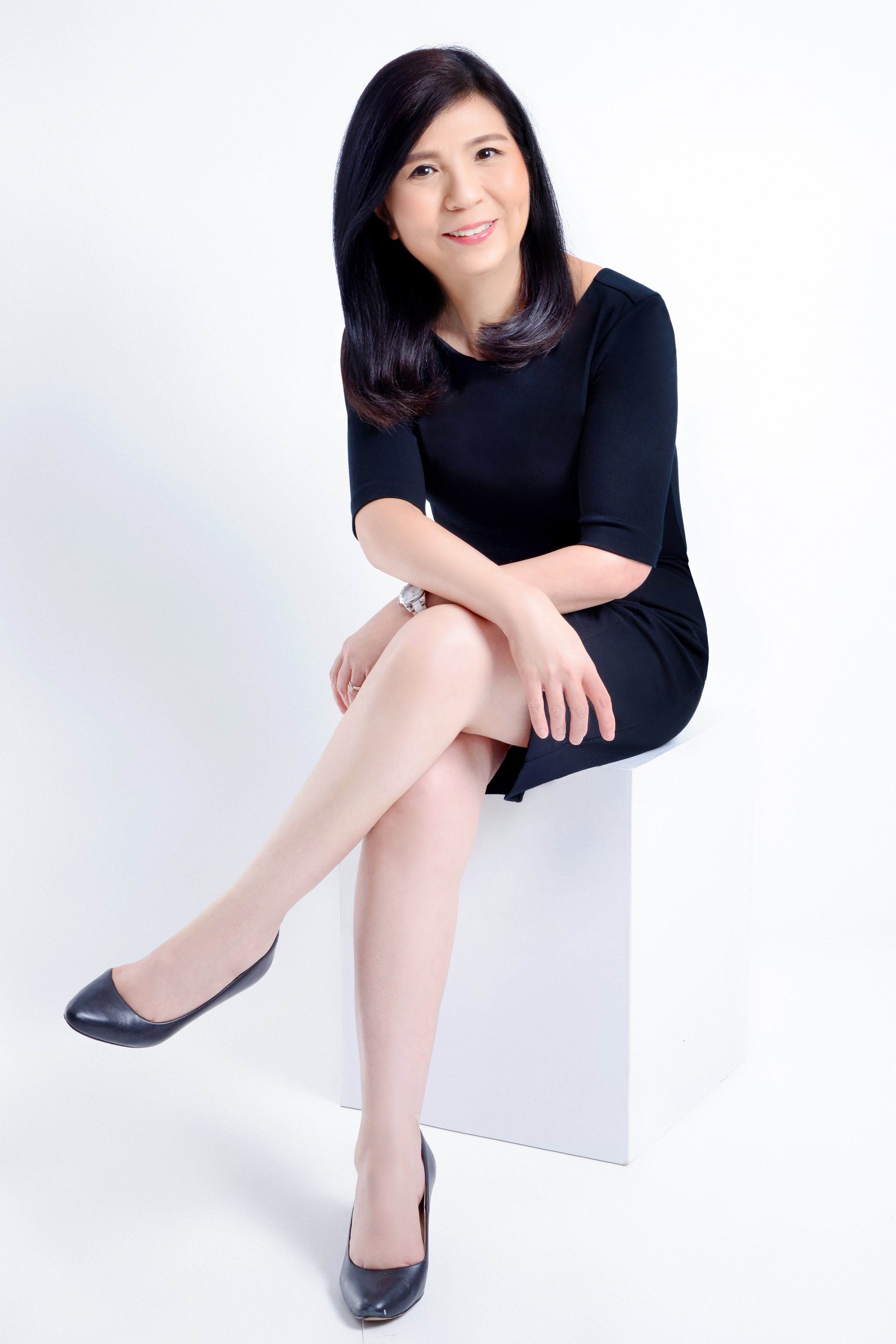 An extremely capable individual, Jacqueline Poey first became the Director of Front Office Operations at the age of 28. After spending time in the United States and Hong Kong, working across various hotel brands, Jacqueline joined Fairmont Singapore and Swissotel The Stamford 12 years ago as Executive Assistant Manager, Rooms. Since then, she rose up to the challenge and is now the Hotel Manager of both properties, managing 2,000 rooms, as well as a plethora of dining and spa establishments.

Jacqueline is grateful for Accor’s vested interest in her progress and growth as a manager. In 2019, she had the chance to attend the Leadership in Motion programme, an opportunity typically reserved for strategic leaders such as General Managers or Vice-Presidents. Despite being one of the most junior managers at the training programme, Jacqueline was highly motivated and treasured the opportunity to grow beyond her role. Today, she leads the Corporate Social Responsibility team at her hotels.  In addition to providing employment opportunities for beneficiaries of Delta Special School, she also leads change for sustainable initiatives. Accor is a world-leading augmented hospitality group offering unique experiences in 4,900 hotels and residences across 110 countries. The Group has been acquiring hospitality expertise for more than 50 years, resulting in an unrivaled portfolio of brands, from luxury to economy, supported by one of the most attractive loyalty programs in the world.

Accor is deeply committed to sustainable value creation and plays an active role in giving back to planet and community via its Planet 21 – Acting Here program and the Accor Solidarity endowment fund, which gives disadvantaged groups access to employment through professional training.

Accor SA is publicly listed on the Euronext Paris Stock Exchange (ISIN code: FR0000120404) and on the OTC Market (Ticker: ACRFY) in the United States. For more information, visit accor.com. Or become a fan and follow us on Twitter and Facebook.